The launch of the ŠKODA ENYAQ iV

Using populist creativity to give ŠKODA an edge in the electric vehicle market.

ŠKODA were launching their most ambitious car yet – the ENYAQ iV, a fully electric SUV, with quality and looks surpassing all ŠKODAs to date.

The launch needed to drive sales for the ENYAQ iV, while offering a unique opportunity for broader brand re-appraisal.

But ŠKODA was late to the party – many other bigger brands had beaten them to market with their own electric SUVs, offering similar features, range and similar price points (eg. Ford, Peugeot). 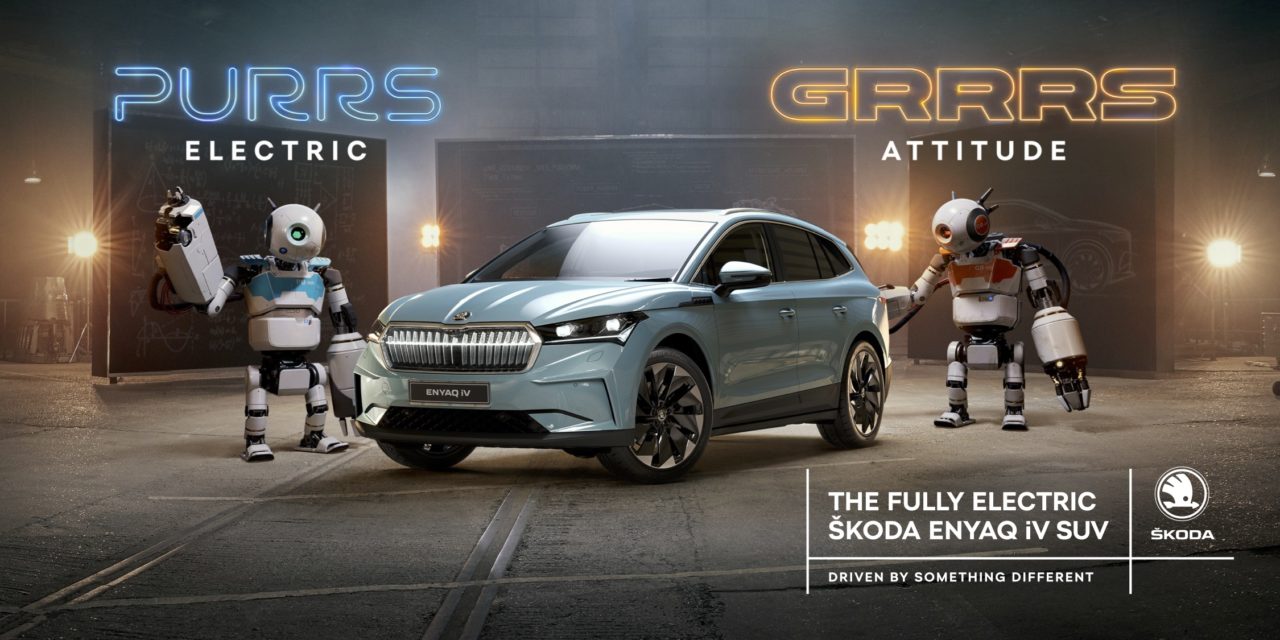 We turned being late to the party into an advantage: it meant we could see what everyone else was wearing. Tropes had quickly developed, with pretty much every competitor’s campaign filled with electric puns and pious philosophies (which all felt a little disingenuous from companies that still sold a lot of fuel fired vehicles).

We also realised this wasn’t what people wanted. We aren’t all eco-warriors. There was a chance to grow amongst people who wanted to make small moves that would reduce their impact on the planet, but without sacrificing the things they cared about when it comes to cars – style, performance, and a bit of edge.

The ENYAQ iV was perfectly poised to answer this unmet need – perfectly combining the heart of an electric with the looks and performance that even the most ardent petrol head would love.

We brought together these two sides of the car, in a way that only ŠKODA could. We tapped into good, old-fashioned storytelling to tell the emotional, unmissable story of two sibling robots coming together to create the ENYAQ iV: PU-RR and GR-RR.

This gave us a big idea with truly distinctive assets, PU-RR and GR-RR, with an integrated campaign which excited customers, colleagues and retailers alike.

We drove high level of consideration for the new EV, surpassing our targets, amongst both ‘EV-drivers’ and ‘All-drivers’ populations

We achieved a record uplift in key brand metrics – with a 4% uplift in brand quality associations and an 8% uplift in overall brand consideration during the campaign.

Our campaign also received a five-star rating on David Reviews: “Soft and strong”, along with a range of picks of the day or ads of the week across industry publications.